Despite the record snow-fall, some plum blossoms are starting to open up in Shinjuku-gyoen: 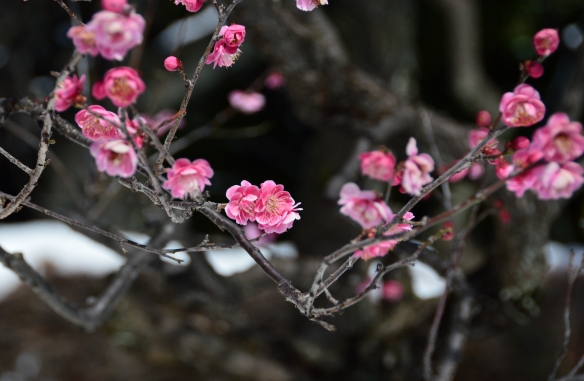 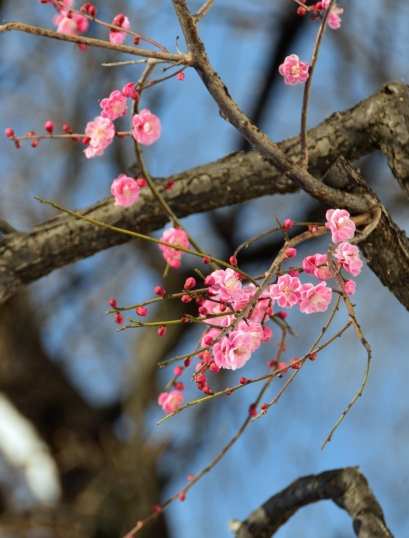 This is a hike we did during Spring vacation across 霧降高原 (Kirifuri Plateau) and down to Kirifuri Falls near Nikko. We wanted to hike up Mt Oyama but the path had been washed out/landslide so we had to change route. It was kind of lucky in a way as there were some gorgeous waterfalls that we may not have otherwise seen.

The start of the hike was not particularly interesting. It was just the wrong season – too late for mountain cherry blossoms but too early for Spring flowers so mainly just this grass: 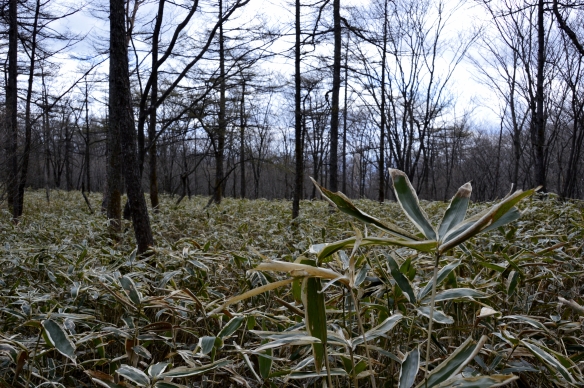 From there we walked down the mountain to 丁字滝 (Teiji Falls):

From there we climbed back up to マックラ滝 (Makkura Falls): 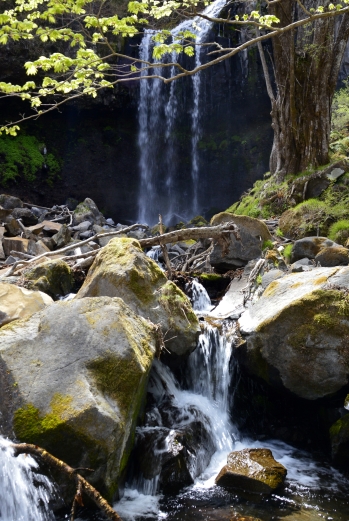 Then we followed the course along the Kirifuri River: 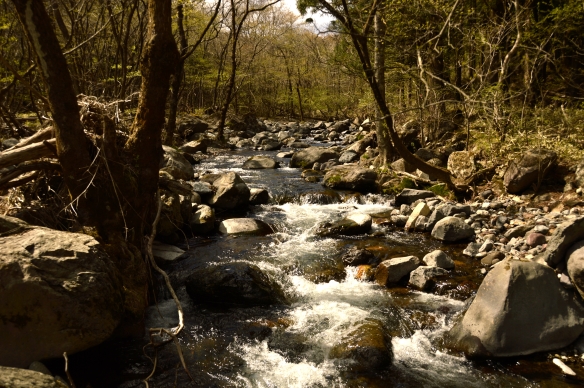 And up the inevitable stairs:

This is the view from the Kirifuri Falls lookout. The middle mountain is where we started from: 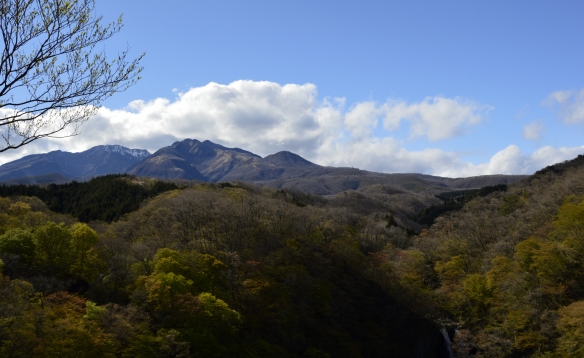 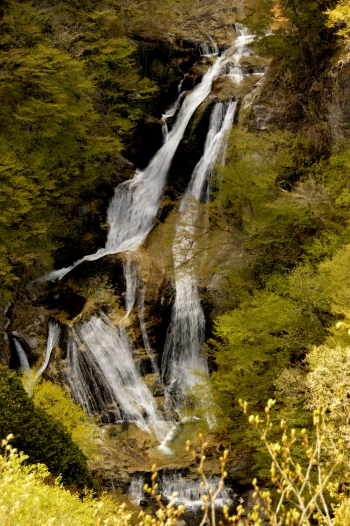 Here are some shots of the Daibutsu near Hase in Kamakura from a couple of years ago: 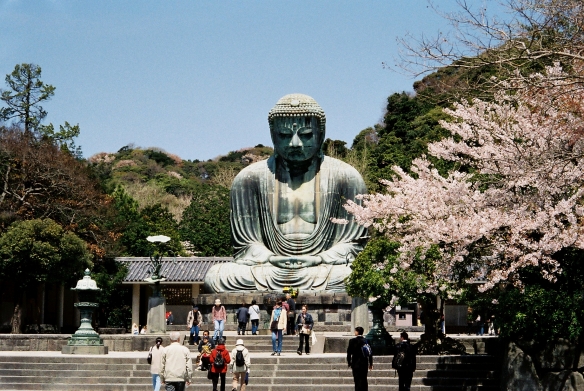 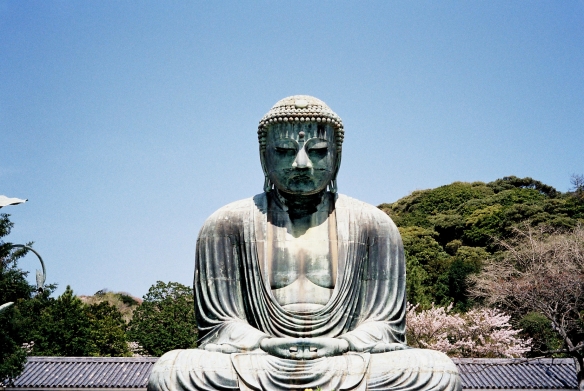 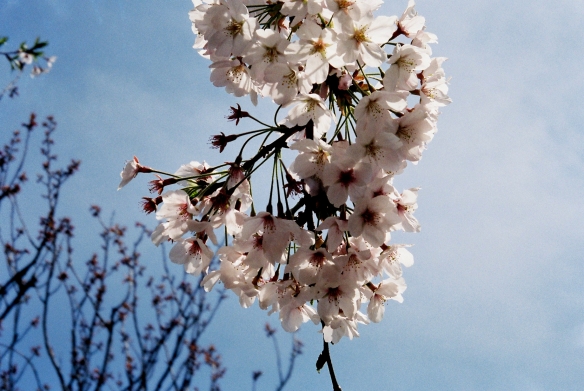 Some more shots of the plum blossoms at Yushima Tenjin shrine in Tokyo: 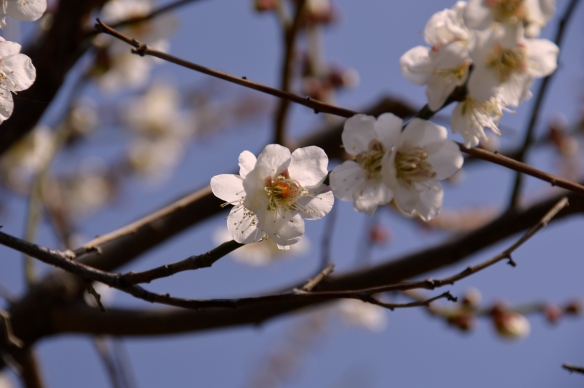 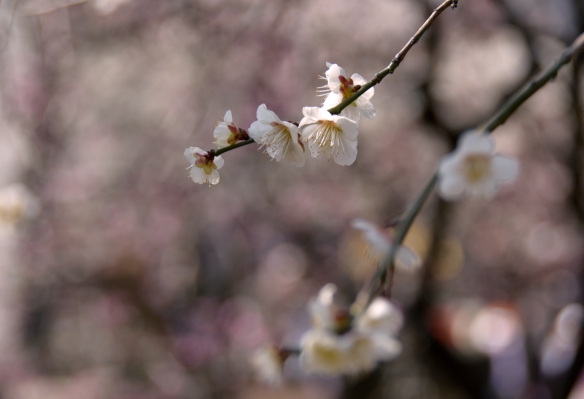 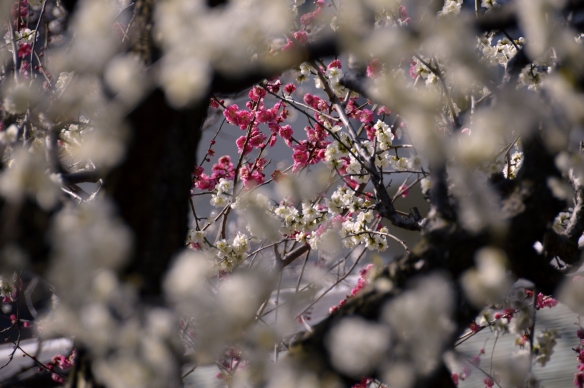 We went to Yushima Tenjin shrine near Ueno in Tokyo on the weekend for their annual plum-blossom festival. It’s been so unusually cold in Japan this year that even though the festival is supposed to finish at the end of this week the blossoms are only about 40% open. The shrine was originally established in 458AD and is now dedicated to a 神 (kami – god/spirit) of learning so often school children come before entrance examinations.

As usual, there are lots of food stalls in front of the shrine: 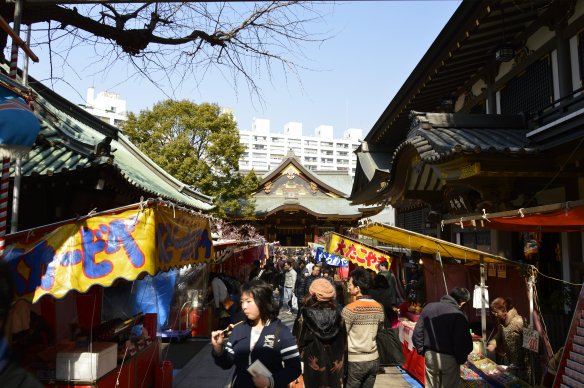 Before the exams, children (or often the parents!) come to give an offering for success. People write their wishes on small wooden boards, called ema, which are later burnt:

There’s also a tradition that if you make 1000 paper cranes then your wishes will come true. Here you can see long colourful strings of cranes:

There was also a stage set up with performances of traditional music:

The taiko drumming requires a lot of concentration: 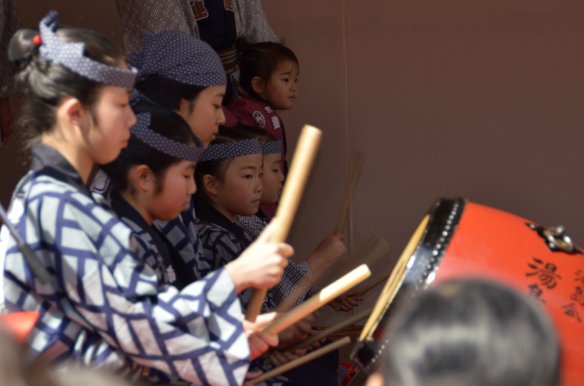 There was also traditional dance: 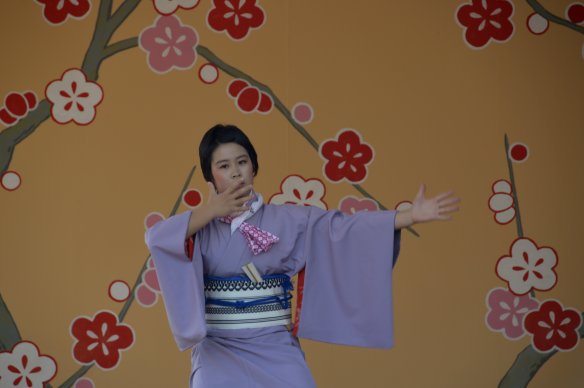 We weren’t the only ones enjoying the festivities: 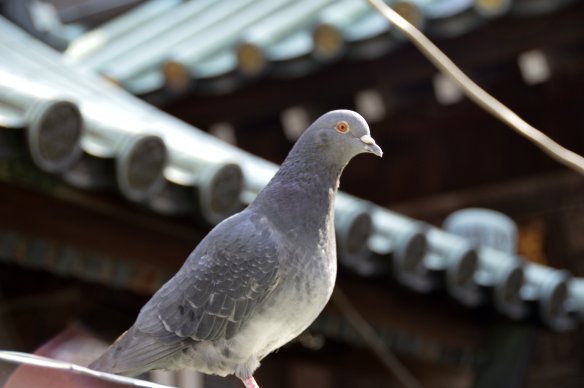 The highlight was display of plum blossoms, even if it was still a bit early:

There is a small garden in the shrine which is quite pleasant (if of course crowded!) to stroll around with a cup of hot amazake: 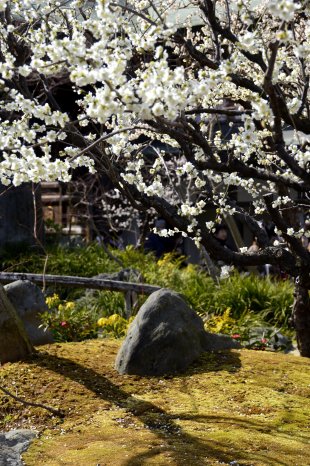 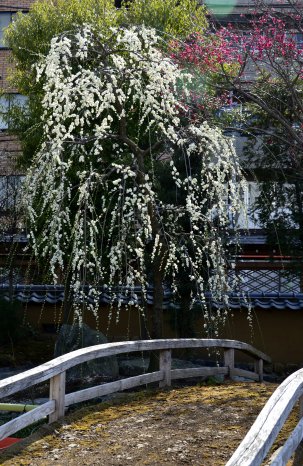 Koinobori, carp-shaped streamers, are flown for Children’s Day, May 5th. The carp celebrate male sons, as the image of a carp swimming upstream against the current is a symbol of virility. These koinobori were flying over the UN University in Aoyama, Tokyo.

This is Kiyomizu-dera, the ‘temple of clear water’, in Kyoto. It was established in 778 and so even pre-dates the establishment of Kyoto as the capital. The photos were actually taken years ago but only recently had them digitised. 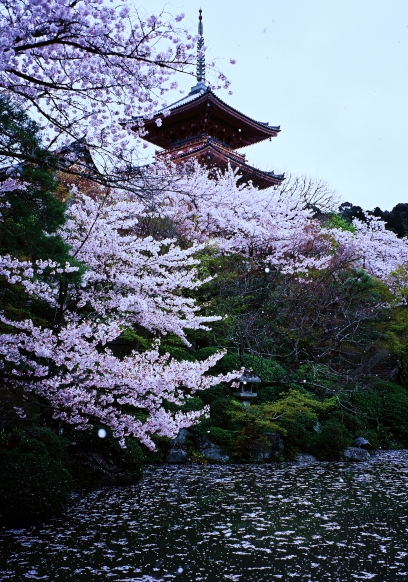 Pagoda with Kyoto city in the background: 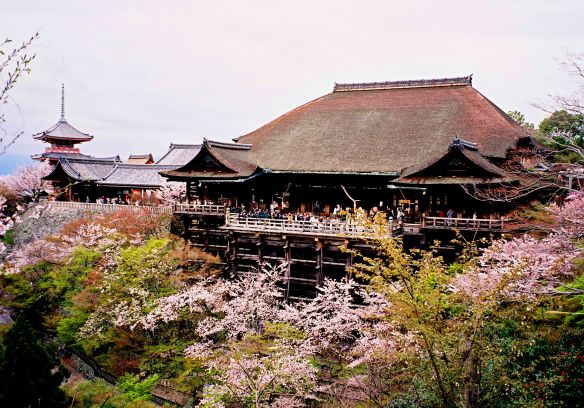 Cherry blossoms along the Meguro River in Tokyo, near Shinagawa and Ebisu.